We had a very good piping plover year across the Great Lakes Basin. Here are the numbers, 58 nesting pairs established 64 nests. From these nests 193 chicks hatched, of these 121 chicks fledged in the wild. Additionally the captive rearing facility reared and released 6 chicks. This was the third highest number of chicks fledged since the recovery program began and the second highest chicks fledged/pair ever recorded for the program. Locations with especially high fledge rates included Whitefish Point which fledged 11 out of 12 chicks, Tawas Point State Park, which fledged 8 out of 8 chicks, Grand Marais which fledged 7 out of 10 chicks and Sleeping Bear Dunes once more led the way with 45 chicks fledged. A new nesting site was South Manitou Island, which had a pair that fledged 2 chicks. Approximately 15 plover monitors were hired through various partner groups to monitor plovers at different locations throughout Michigan. Additionally dozens of volunteers spent time assisting with different monitoring efforts. If possible, protective exclosures are built around all the piping plover nests in the Great Lakes and the nests are regularly monitored to protect them from disturbance and predators. In addition a research team, from the University of Minnesota travels between all of our piping plover sites and bands the chicks and adults. They also help assist in locating and monitoring nests, help at the captive rearing facility and conduct research on the piping plover population. The USFWS, East Lansing Field Office coordinated these efforts through partner meetings, regular phone conversations with monitors and partners, 5 separate plover monitor training events throughout Michigan and Wisconsin, as well as regular site visits by the Great Lakes Piping Plover Coordinator. The Captive Rearing Facility located at the University of Michigan Biological Station near Pellston, MI once again took in eggs and chicks that were abandoned due to weather, predation or some other factor. Dozens of volunteer zoo keepers from zoos across the country, including Disney’s Animal Kingdom, The National Zoo, The Detroit Zoo and many others help incubate eggs and raise chicks that were then released into the wild at the end of the season with other wild piping plovers. Starting in July and continuing into August, piping plovers departed the Great Lakes and once again migrated to wintering areas on the southern Atlantic Coast of the United States, as well as along the Gulf of Mexico from Florida to Texas.
﻿ ﻿

Posted by Vince Cavalieri at 3:01 PM

Sightings near the Looking Glass River in Clinton County, MI 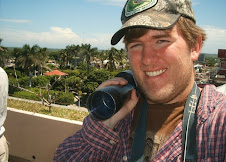 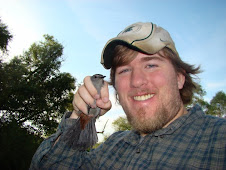 Vince Cavalieri
I am a wildlife biologist for the U.S. Fish and Wildlife Service in Michigan. I am the recovery program leader for the federally endangered Great Lakes Piping Plover (and also for Pitcher's Thistle a threatened Great Lakes endemic dune plant). I completed a master's degree in wildlife ecology at Oklahoma State University studying the ecology of Cerulean Warbler and other forest songbirds in the Ouachita Mountains and Ozark Plateau. I've been obsessed with birds and birding since I was a very young child. I hail from the boreal forest transition of the Upper Peninsula of Michigan, making me a yooper. I attended Michigan State University for my undergraduate degree in Fisheries and Wildlife before migrating to the prairies of Oklahoma.